PACE in the News:

PACE in the News: 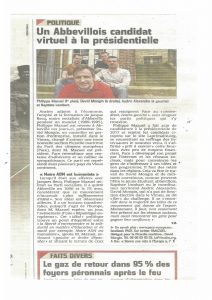 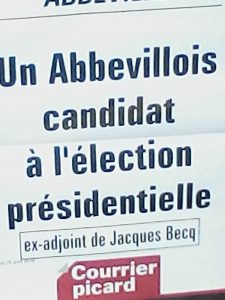 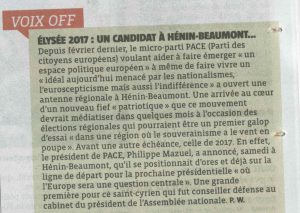 “At the very same moment when the Irish people was rejecting the Lisbon Treaty, a group of European Citizens to which I belong held in Brussels its first General Assembly after organising itself in 2007 into an international association legally created by a Royal Order of King Albert II. This group of European Citizens has been considering for some time that the European Union has lost and continues loosing the public opinion’s support because little or nothing at all is being done to explain that we are not European Citizens only on our passports.

Named PACE (PArty of the Citizens of Europe), it is no accident if the first genuinely European party (it is statutorily prohibited for members holding responsabilities to belong to a national party) happens to bear an Italian acronym ideally referring to the traditions of the Ancient Rome. Having no connection with the peace movements, this political initiative is oriented towards the future with the strategic aim of building an international society more peaceful, more environment friendly, more prosperous, fairer from a social point of view and more democratic.

Based on the observation that national parties have lost their grip on the electorate, PACE advocates to put the human beings at the very heart of the contemporary society. What does it mean to be a European citizen? How many of us can, without hesitation nor “bla-bla”, give a convincing answer to this question? Within PACE, we committed ourselves to begin an essential reflection in order to elaborate new ideas on this topic and develop them.

Not only do we need to attract young people, but also to convince experienced men and women to commit with constancy on the long term. Otherwise, we will keep making the very same mistakes which distanced the European ideals from reality. And we will live, once more, those more than justified moments of crisis and weakness such as the rejection in 2005 of the European constitution by France and The Netherlands, and today by Ireland.

In order to achieve its strategic objectives, and based on the observation that the European Union is an underestimated and unsufficiently known achievement, PACE set itself four major objectives:
– to work on the transformation of the consumerist economy, characterized by a waste of resources, in order to develop a competitive economy based on initiative, eco-innovation and consumers’ involvement;
– to strive for the preservation of the environment, especially the protection of wildlife and vegetal diversity;
– to define clearly the general interest of the European Union in a global context of worldwide problems and challenges;
– finally, to support the poorest regions of the world and become a reference model.

None of these objectives is in contradiction with our national citizenship. Whoever is deeply attached to his/her territory, own language, own culture as we are, understands that one also has to feel as a “citizen of the world” in order to achieve all that.

The fresh idea we want to assert and on which we are going to work is that there is a need, for all the topics which are in the remit of the European Union, to promote a genuine European political area, an “integrated single market” of political ideas and political debate.

The true ambition is that the European Union could, through its economic and demographic weight, and the quality of its social model, contribute to the resolution of the main problems of the world. The objective is the development of a new conception of geopolitics to serve this ambition. After having promoted its humanist values in Southern and Eastern Europe, the Union has not only to consolidate these results by working for a better economic cohesion, but also to look beyond its borders in order to participate in the construction of a more balanced world society. The Development Policy has to be revised in its objectives and modalities and explained to the European Citizens so that they understand its purpose. This new policy must give a wider role to local Governments since they are better positioned than the national actors to contribute to concrete steps forward in vital sectors such as access to drinkable water, waste management, agriculture, education and political initiative.

The approach presented above is the result of convictions matured by a long experience on the service of the State, including in the Army, of two French officers whom I met long time ago when I was posed in Brussels. It it also interesting to mention that another Italian involved in this enterprise is a young man from Bergamo, aged 30 years only, who became passionate with Europe thanks to the Erasmus Programme. He lives today in Amiens, France, where he works on policies of sustainable development.

This is the Europe expected by the Citizens!”

Translated from French by Hélène Roche