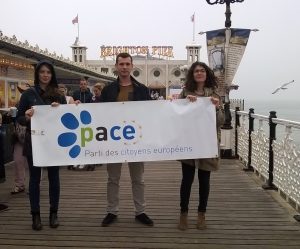 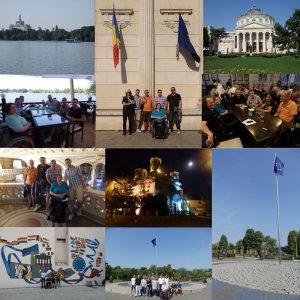 At the end of August 2015, PACE organised its 4th summer school in Bucharest, Romania. The team had the chance to visit the city, during the break between two work sessions on the country; the visit to the Roman Athenaeum was particularly remarkable. The team could discover the city roman past thought museums and seminars, but most important, share some time together.

PACE’s 3rd summer school, which took place between Villaconejos (near Aranjuez) and Madrid, was focused on interview sessions to journalists and economists, in order to better understand the key characteristics of Spain economic crisis

Berlin summer school, organized by Philippe Norz, former PACE’s administrator and delegate for Germany, has been an occasion to make citizens aware about the possibility, from 2014, to choose European Commission president (see the photo by Brandeburg Gate).