PACE officially supported the IN campaign for the 23rd June referendum. We decided to support British organizations involved in maintaining the UK within the EU. For exemple, we supported Roger CASALE’s initiative #Hug a Brit, for the unity of European peoples (click here to watch the video).

Some PACE members helped StrongerIn with leafleting in Brighton, while PACE’s President went to London to pay tribute, alongside with Roger CASALE, President of New Europeans, to the General De Gaulle (watch the video), Winston Churchill (watch the videos here and here) and Jean Monnet who wanted to create a Franco-British Union in 1940, to face Hitler’s army. They also paid tribute to the MP Joe Cox, assassinated on the 16th of June 2016 in Birstall because of her pro-European involvment (watch the video). We salute her. 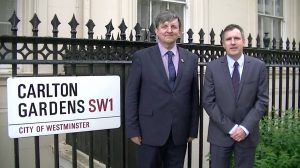